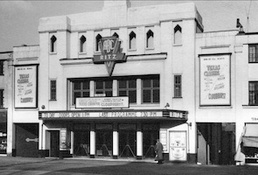 Enfield Council have a Local Heritage Assets list. The list helps councils and communities identify local landmarks.
​BHORA supports the Ritz Parade inclusion to the list and have submitted a article to the council consultation (click to read the letter).

Many thanks to those of you that came to our Half-Yearly meeting. In attendance was our guest speaker Joanne McCartney, the Deputy Mayor of London & Assembly Member for Enfield and Haringey, and around 50 local residents.

When the original plans for The North Circular Area Action Plan were presented it was planned that the surgery at Arnos Grove would be upgraded with new clinics and more space.

By early 2016 the Practice Manager was reporting that more & more patients were joining and that by mid-2016 the surgery was being overwhelmed.

Taken together around 5.000 people will come into the area as the new homes on the Ladderswood Estate and on Bowes Road are completed. To that add 2800 patients from Dr. Zia’s practice all seeking a doctor.

The NHS/Enfield Clinical Commissioning listed 34 practices where patients should seek a doctor. Of this 34 , 19 were in Haringey, 12 in Enfield and 3 in Barnet. When the locations were identified our estimation was that only 20 were accessible to all and the distances that were involved included North and South Tottenham and other far-flung locations in Haringey.

Our conclusion is that the arrangements are ridiculous and that what is needed is an upgrade at Arnos Grove and another surgery to replace that of Dr. Zia.

Many thanks to those of you that attended our Annual General Meeting last month.

It was pretty busy with around 60-70 people attending, and 11 people stepping forward to become Committee members. Please read the draft Minutes from the BHORA AGM.

The AGM affairs were followed by updates from local community groups, including:
There was also a brief discussion on the need for a Community Hub, to provide much needed services for all those moving into the area and those who already live here.   Ritz Parade could be a prime spot for community facilities.
​Traffic Calming - Warwick Road/Brownlow Road
Posted, June 21st 2016
​BHORA's Response to the Ritz Parade Site Development Brief
Posted February 29th, 2016 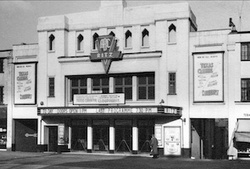 Broomfield Home-owners and Residents Association (BHORA) shared the Ritz Parade opportunity site development brief with members and asked for comments. Members responded with comments not only pertaining to the present consultation brief but also on the general development of the 2.5mile stretch of the North Circular Road which makes up the North Circular Area Action Plan (NCAAP).

Overall BHORA is dissatisfied with the 2 options presented. We have attended many public meetings, (as far back as 20th February 2007) and have taken part in all the consultation processes, regularly outlining what local people need and want. It appears to bulldoze our ‘landmark’ building and replace it with more residential units. This document fails to include the amenities needed by an ever growing population.    >> Read the full document